First up is my Gaura – only flowered this morning so good timing.  I bought 3 of these from Hampton Court Flower Show last year on a whim.  Two of them have come back this year and I love the way they seem to float above the rest of the border.  I’m off to the Show again next week with a promise not to do any impulse buying…..we’ll see…..

A couple of Zinnias today.  The first ‘Orange King’ was planted from seed in March – free seeds from Gardeners’ World mag.  I put them in containers at the end of May but most of them have been massacred by the local slug population.  Two have survived well and they are alot taller than the ones you find in the garden centres.  Lesson learnt for next year is to wait until they are lots bigger and stronger before planting them out:

I loved my Zinnias last year so bought some more from the garden centre this year and the display has got off to a good start – this is from a collection called ‘Raspberry Lemonade’  If like last year these will keep going right into October:

The cosmos I planted from seed suffered a similar fate to my Zinnias – only a few survived the slug onslaught.  So I’ve supplemented them with some bought from garden centre which have just started flowering: 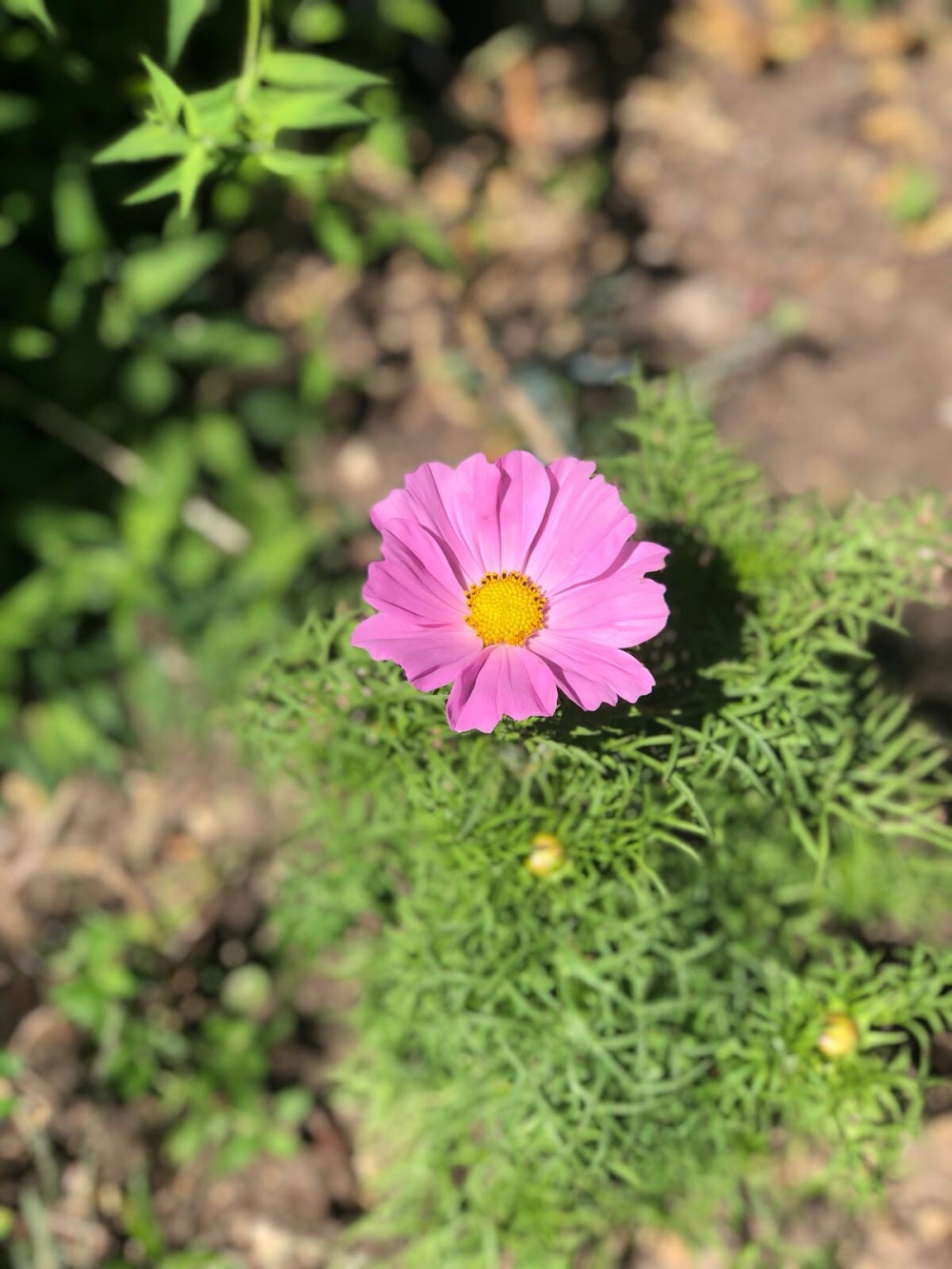 A rare seed success story for me.  I scattered a selection of seeds including cosmos and cornflowers with very little luck.  However these Nigellas seem to be doing well and the first one flowered yesterday:

Finally some Lavender.  This is at its peak right now as it’s in the middle of my garden so gets sun most of the day at this time of year.  I’ve had Lavender in the garden since I moved in 10 years’ ago and the English variety such as this has always done really well.  I did plant a couple of French lavenders a couple of years’ back but one of these died and I think the other is on its last legs.  However I’ve decided that the French has nothing on the English so I’m ok with this:

I hope you all have a great week enjoying the weather.  Head over to The Propagator for more Sixes….