Midsummer. These Pelargoniums are from last year. I was going to discard them when I was changing my pots to their autumn / winter display but decided to keep them over winter to see if they survived. I kept them on some covered shelving outside and brought them out in Spring and 4 of 5 of them survived. 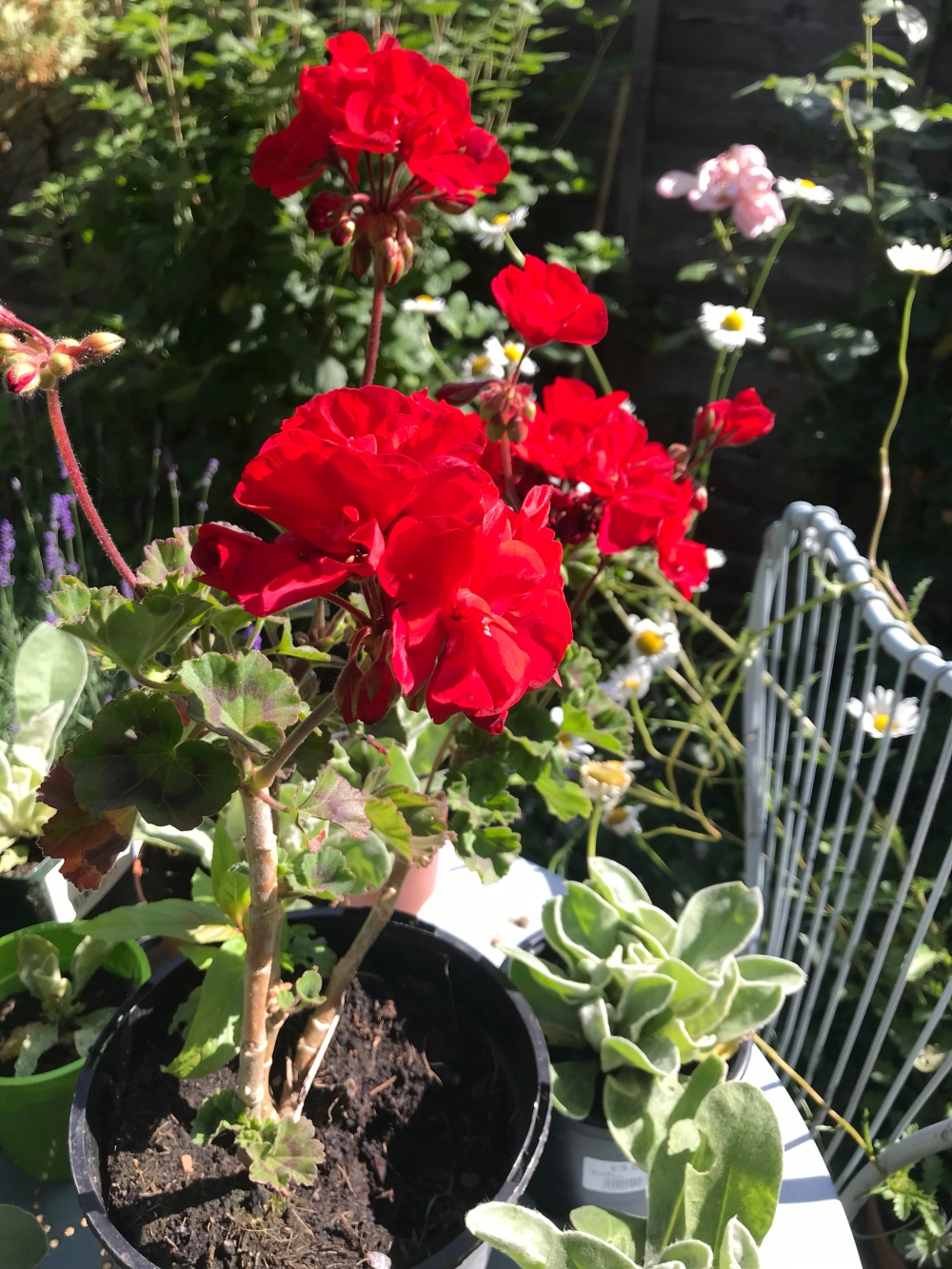 My gorgeous Jacqueline du Pre Rose continues to flower and here it is being enjoyed by a pollen laden bee…..

Two hebes now and any help in identifying these gratefully received as they were planted before my gardening obsession began by my then gardener. This one become quite overbearing 2 summers ago, taking over a large part of the border so in Spring 2017 I bravely cut it right to the ground. Which resulted in no flowers last Summer but now they are back and the bees love it. 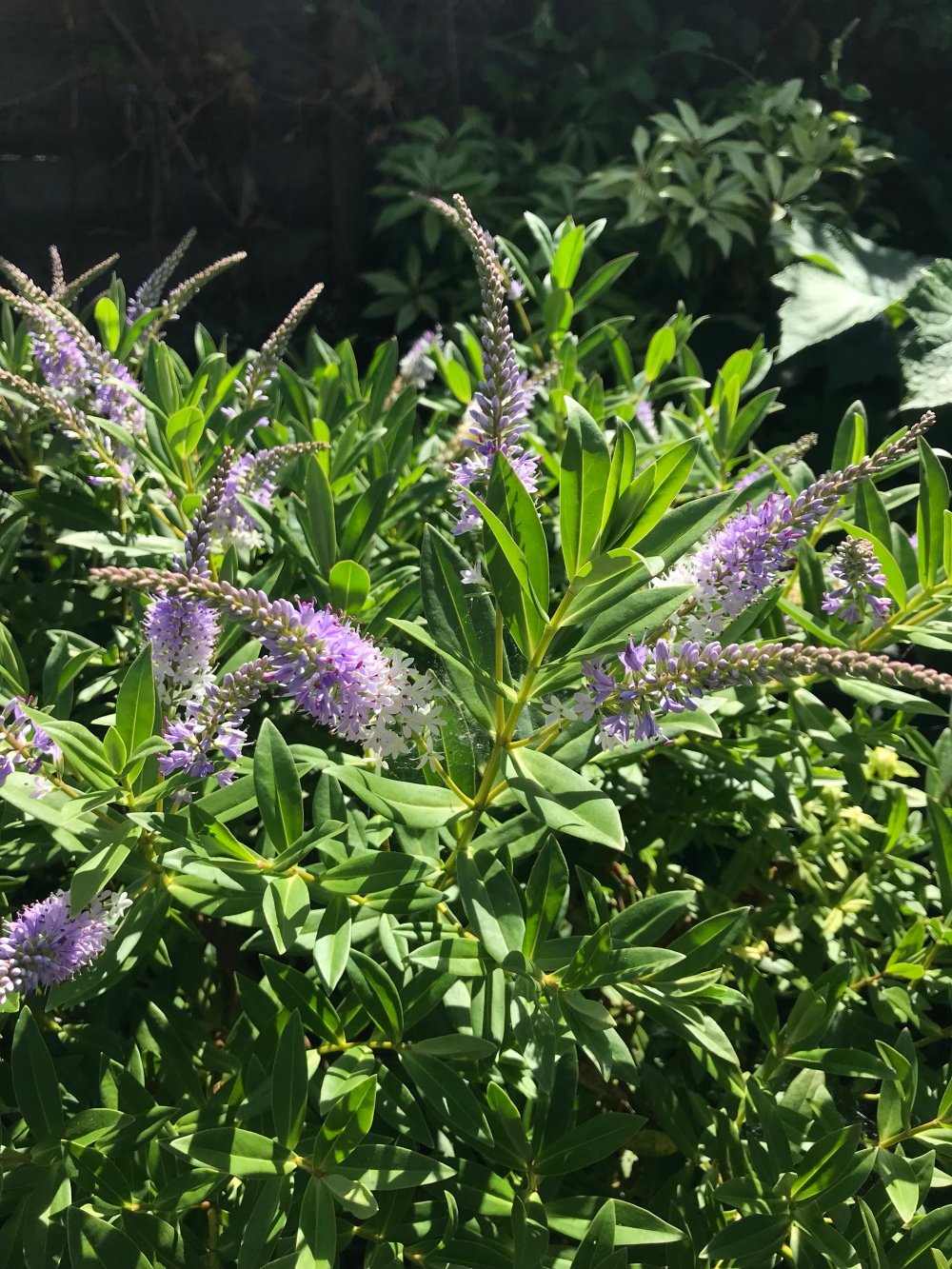 Another hebe which has been around for over 5 years but I’m sure this is the first year it has flowered so profusely with these white fluffy flowers….

I bought this pale yellow Cosmos a couple of weeks ago to fill an awkward space. It gets quite a lot of sun at this time of year but less so later in the Summer and none in the winter. So perennials I’ve planted here in the past haven’t survived into the following year. An annual like this is therefore perfect as hopefully it will continue flowering all summer. 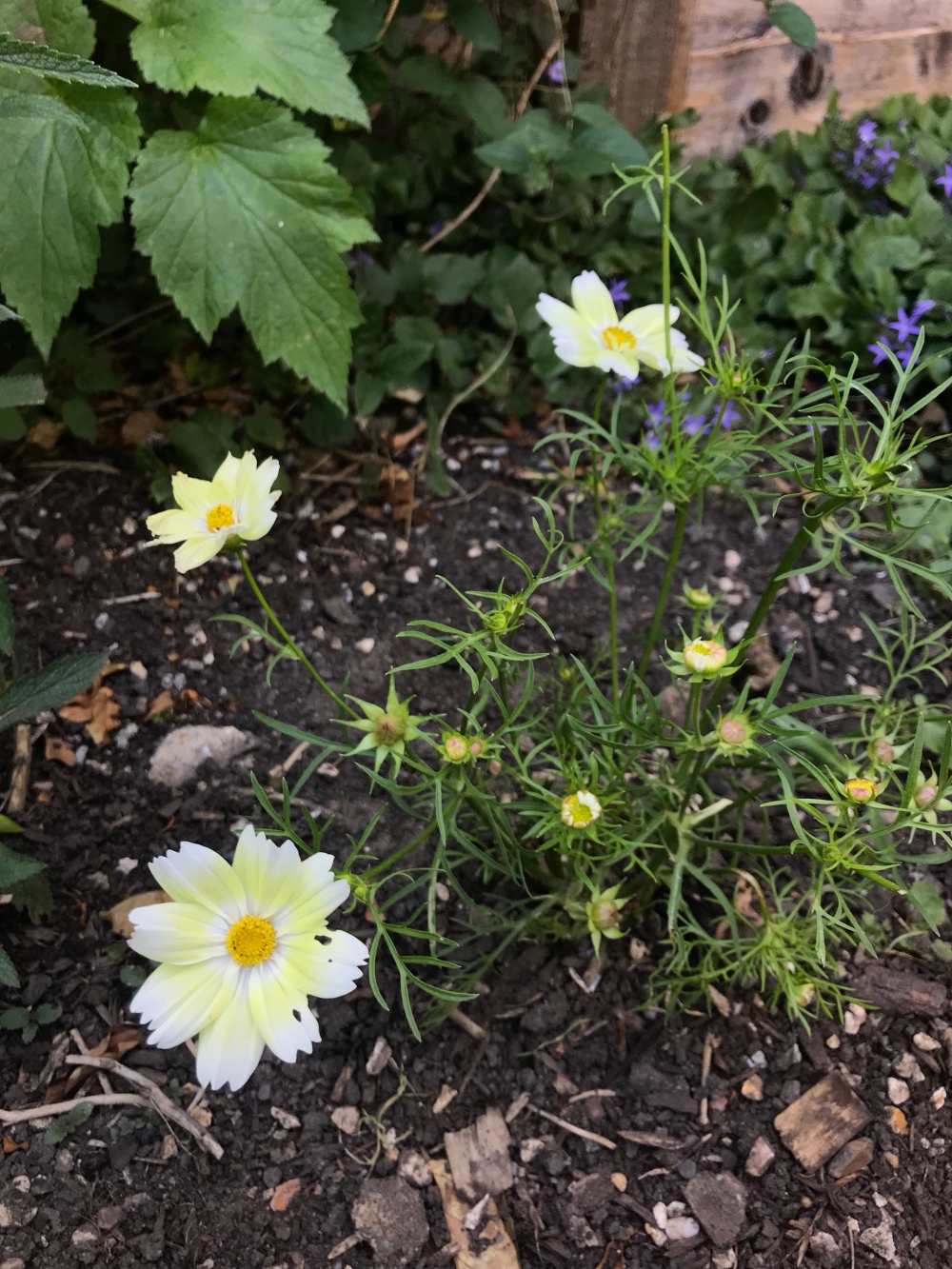 Finally some unexpected Borage. My daughter bought me a packet of bee friendly wildflower seeds from Kew Gardens last Christmas. I scattered them, together with some cosmos, cornflower and Nigella seeds in March and these have now appeared. Nigella also to follow I think but no signs of cornflower or cosmos. A shame as last year some cornflower seeds did well in the same spot…..

Love this time of year in my garden as loads is going on but there’s still lots to come. Head over to The Propagator’s blog for more 6s and have a lovely week!