This is my first rose – a ‘Golden Wedding’ Floribunda.  I bought it 2 years’ ago at the beginning of my gardening obsession.  It’s flowered beautifully for the past 2 years and I’m hoping for another successful year this year. 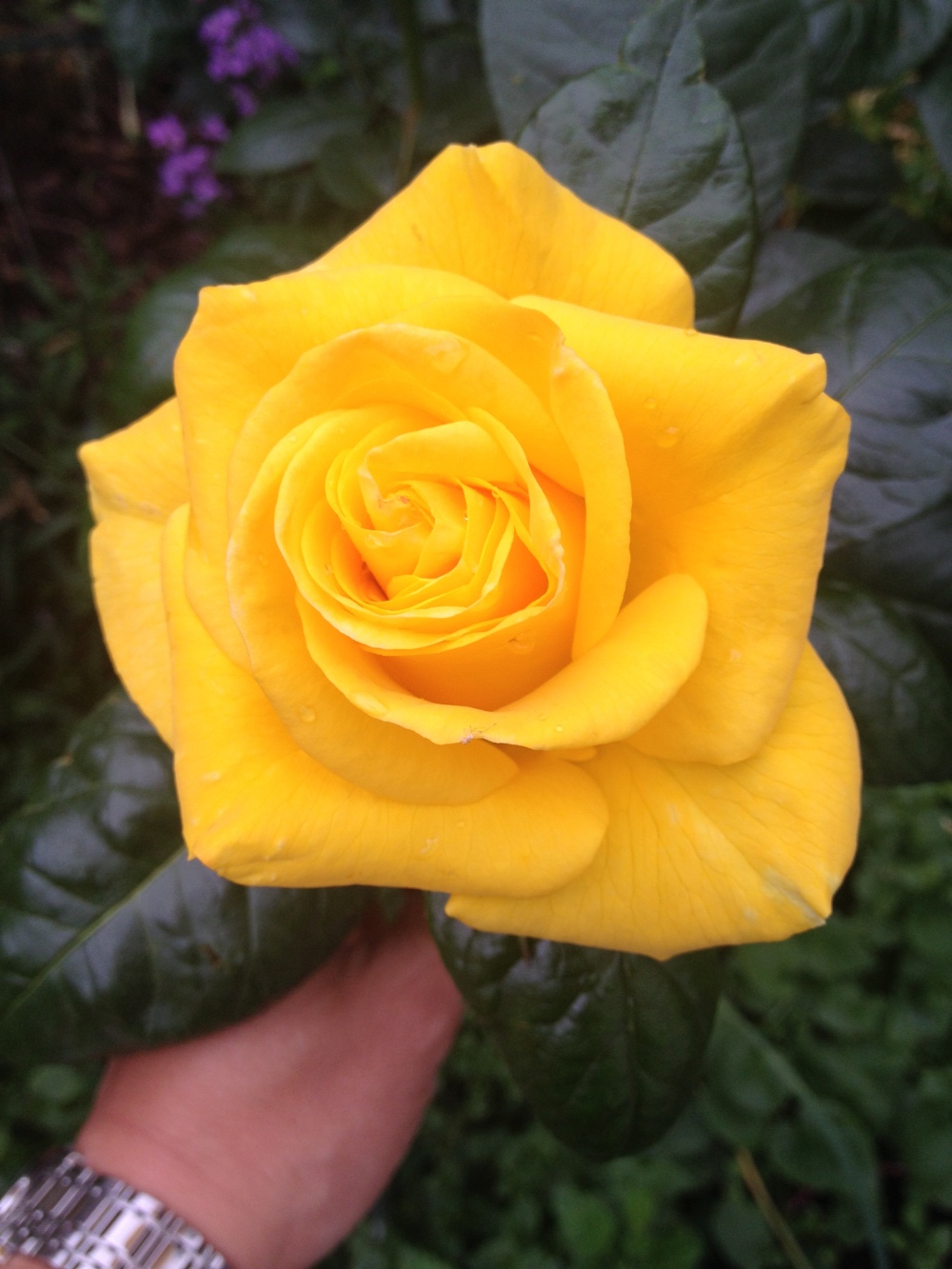 Last March (2017) I planted this climbing rose – Sweet Syrie.  It had a few beautiful flowers but was fairly limited.  However, already this year it is nearly as high as my fence, and I’ve given it both an obelisk and the fence to climb. I’m hoping it will be quite a display this year…. 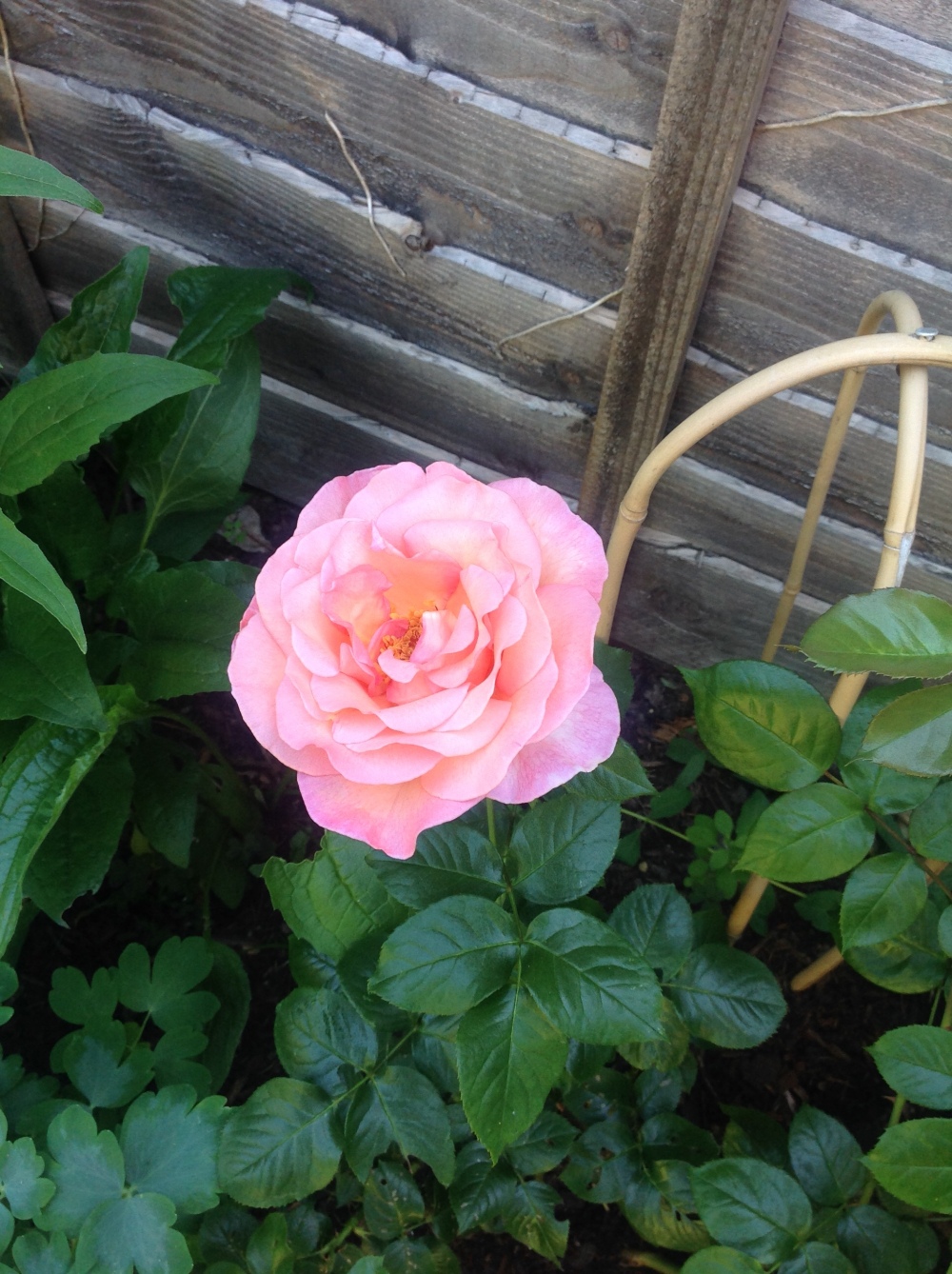 Last November I planted a bare-root Jacqueline-du-Pre.  I had seen it at last year’s Hampton Court Flower show and thought it was the most beautiful rose I had ever seen.  It’s now growing well and I can see the start of a bud so I’m really eager to see it flower in a few weeks…..

Finally, in March of this year my 18-year old cat, Miranda, sadly died.  I had her cremated and wanted to plant a rose, around which I could scatter her ashes. I found a lovely single-leaf rose in the David Austin catalogue called ‘Rosy Cushion’.  I like the idea of Miranda’s resting place being on a rosy cushion.  It’s coming along well since being planted in March, with the early signs of buds developing.

I’ll keep the blog updated with the progress of this lot this Summer!